Leaked documents reveal that the Russians targeted African Americans and women in Wisconsin in a major cyber attack designed to elect Donald Trump (McClatchy, 7/12/17). This is a serious threat to democracy itself. Yet, Wisconsin conservative radio shock jocks continue to unconditionally defend Trump and vilify any media that report on the scandal. They are cynically spreading disinformation and stoking up hatred for people and media sources that seek the truth.
We call on iHeartRadio, the corporate owners of conservative talk WISN radio Milwaukee and WIBA radio Madison, to restore balance and truth seeking to the publicly owned airwaves by: 1) fact checking the often dishonest and inflammatory statements of the radio hosts it employs and 2) including alternative views in its programming that are not unconditionally pro-Trump and not hostile to people and media that seek the truth.
ADD YOUR NAME. We cannot allow for-profit companies like iHeartRadio to profit at the expense of our democracy through airing one-sided ideologues, when our state itself is under attack by foreign entities!
http://www.citizenactionwi.org/add_your_name_destroying_democracy
Posted by Radio-Active Campaign at 3:14 PM No comments: 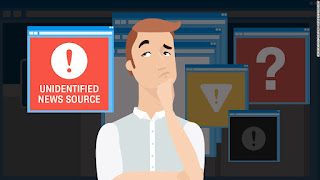 Members of the Radio-Active campaign's monitoring team listened in to Mark Belling’s broadcast on Monday, June 26, and heard a gem of a Belling rant.

In that broadcast, Belling read and commented at length on an article originally published on June 21, but reposted on Alex Jones's prominent fake-news site Infowars the day of Belling's rant. Belling claimed he found the article in “a prominent online magazine” called Medusa that he asserted is “widely read in the radical feminist world.” The article, which Belling claimed would be “interesting to the people at Berkeley and in Hollywood,” reads like an overwrought conservative caricature of a race conscious, politically correct feminist. Something one might find in a right-wing version of The Onion. Typical headlines such as "Are Canker Sores Sexist? " "Make Masturbation Illegal for Men," Childhood Toys Are RACIST," and "Why Free-Bleeding Is an Essential part of Feminism" lead us to believe that Belling is referencing an outrageous fake-news clickbait blog for right-wing media to use to lure in less than savvy readers. (It turns out that's exactly what it is.) And it worked! Belling bit, pouncing on the fake news story without checking its legitimacy and falling for an online example of Poe's Law to buttress his flimsy attack on liberals' sanity.

The “crazy” article includes statements like “white families stand in the way of equality and justice,” “the white family must be destroyed,” and ended with the proposed solution that “white women should be encouraged to abort their white children.” Throughout his dramatic reading of the article, Belling interspersed commentary like “see the seething hatred of white people” and “people like these get jobs at American universities.”

Belling’s point? People on the left are “crazy” and ideas like the ones expressed in the online article will ultimately become mainstream liberal positions, promulgated by his named enemies of purportedly rational conservative thought: “universities," "Hollywood,” and "the liberal media.” According to Belling, this is how tolerance for gay marriage, transgender people, and Islam started, as crazy extreme positions ultimately adopted by the liberal elite. In stark contrast, conservatives are positioned by propagandists like Belling to have “common sense” and use “logic” in determining their values and beliefs.

The problem with Belling’s rant? A simple web search revealed that Medusa is anything but a “prominent online magazine,” apparently having gone bust in 2013, and the article was most likely written by a conservative satirist posing as a “radical feminist.”

It’s especially ironic that we caught Belling being so comically loose with his sources, given that he frequently claims to operate with higher journalistic standards than the rest of the media. The very next day, June 27, Belling ranted against Fox 6 and the entire local television news media as “hack organizations not interested in the truth,” operating with a “political agenda,” and “not reporting, but propagandizing.”

Why does it matter that conservative squawkers like Belling go this low? This is just one glaring example of the kind of propaganda coming from Belling and his fellow right wingers on the radio for fifteen hours a day every day. The stories they tell are often misleading if not completely baseless. And they’re often mean and hateful, characterizing political opponents as crazy, ruthless, and bigoted.

We would not be so concerned about such blather (and would not have created Radio-Active) if we weren’t convinced that the lies and mean propaganda have real and dire consequences for our communities.

According to the Washington Post, a recent poll found that among Republicans 84% believe Trump is doing a great job as President. We think they feel this way despite all evidence because they are tuned into Fox News and the many dozens of local conservative radio hosts like Belling who routinely tell them things like: concerns about Congress’ repeal and replacement of the Affordable Care Act are exaggerated liberal hysteria, and suspicions of Russian interference into our Presidential elections with possible Trump campaign collusion have been found to be entirely baseless and were drummed up by ruthless left-wing Trump haters.

A very large segment of our community listens to hosts like Belling and believes they are credible. It is high time that we convince them to reconsider the credibility of their sources.
Posted by Radio-Active Campaign at 10:05 AM 6 comments: 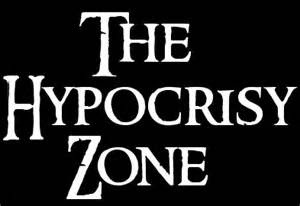 Posted by Radio-Active Campaign at 2:40 PM No comments:

What can we believe from Jay Weber? 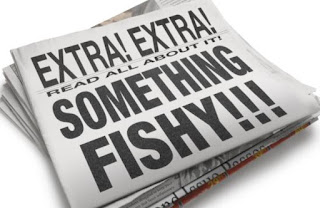 In his never ending quest to defend Trump’s decision to withdraw from the Paris Climate Agreement, Right-wing radio host Jay Weber of WISN 1130 in his June 1st, 2017 podcast  references an opinion piece that is outdated and misleading.

Weber begins with,”Forbes is just posting this story. It’s an update from NASA. NASA confirms that global warming is not causing any, underline, any polar ice cap retreat. There’s an updated batch of data.”

Only problem with this...

The article Weber references is dated May 27th, 2015. It is written by James Taylor, president of the Spark Of Freedom Foundation . One look at Taylor's foundation website reveals what we’ve seen before -- a public policy organization supporting, hold on now, ‘common-sense, common-ground energy solutions. This foundation promotes affordable, abundant energy founded in conservative economic principles and a common-ground approach.’

Everyone’s ears should perk up when the phrase 'common-sense' is used. It is a phrase that we often hear from right-wing politicians and "think tanks." The policies they propose are far from ‘common-sense.’

Weber goes on to paraphrase from the article saying that the ‘data here continues to contradict one of the most frequent assertions by global warming alarmists that we are losing the polar ice caps.’

So how did the Washington Post and Slate respond to Taylor’s op-ed piece? Both tear into Tyler’s op-ed as having numerous flaws in providing solid scientific evidence.

The critical point here is that Weber references an 2015 article as if it were current. Furthermore, the article he talks about at length is an opinion piece. We hear Weber attack credible news sources as "fake news" day after day, yet we now see that the sources he uses to support his conservative views and feed his listeners are questionable at best.

Is Jay Weber believable? This is another case of A Lie By Omission.

Posted by Radio-Active Campaign at 6:41 PM No comments: 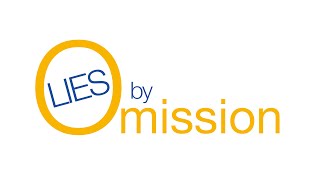 In his podcast on 3-30-17 WISN 1130 AM's right-wing talk host Jay Weber defends Scott Walker, asking, "What's so terrible under Governor Walker's watch that he needs to be replaced?" "What are his controversial issues....?"  Perhaps in the bubble of right-wing radio, everything is coming up roses, but for many in Wisconsin Walker's policies continue to have a profoundly negative impact. Spending millions to drug test Wisconsin citizens on food stamps, millions being given away by WEDC to corporations  with nothing to show for creating jobs, and rejecting nearly a billion dollars of federal Medicaid dollars to name just a few.

Weber mentions the Lincoln Hills tragedy as the only controversial issue to hit the Walker administration. This is where right-wing-radio's lies by omission come into play. By ignoring Walker's disastrous policies and their impact the listener is lead to believe by WISN's talk show hosts that all is good in Wisconsin. The lie by omission is also pervasive in their talking points  about President Trump. Could it be that the talk show hosts are soothing their listeners with what they want to hear?  Would their listeners want to hear anything else? Given their high ratings it is doubtful that contrarian points of view about Walker and Trump would be discussed. Is WISN talk radio good for its listeners and Wisconsin?  The answer is clear. A lie by omission is indeed an insult to their listeners and to a greater degree our community in southeastern Wisconsin as policy is often dictated by the power of right-wing radio.

Posted by Radio-Active Campaign at 1:07 PM No comments: